React Fragments - What, Why, How 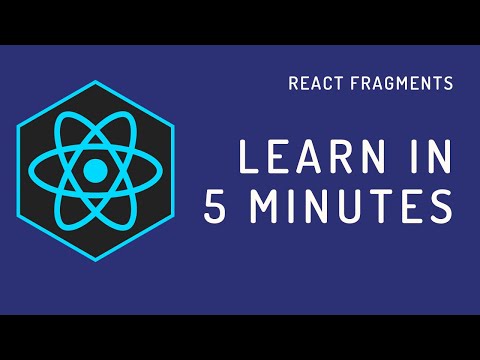 React Fragments were introduced in React 16.2.0. Even though they have been around for a while now, many React developers I have talked to haven't started to use them yet and the number one reason for this usually is that they have heard of them but haven't got around to learn about them.

So what are they and should you start using them? The answer to the latter is YES and the answer for the first question is what this blog post is going to tell you.

Are you new to React? Be sure to read my post 6 Things Every Beginner React Developer Should Know.

As the React.js docs state, a common pattern in React is for components to return multiple elements. Usually these elements are wrapped for example inside a div. In most cases the wrapper div is "irrelevant" and is only added because React components require you to return only one element. This kind of behaviour results in useless markup and sometimes even invalid HTML to be rendered, which is bad.

For example we could have a component Table that renders an HTML table and inside that table the columns are rendered with another component called Columns. It would probably look something like this.

This would result in an invalid HTML to be rendered because the wrapper div from Columns component is rendered inside the <tr>.

Solution for this is, you guessed it, fragments! React fragments let you group a list of children without adding extra nodes to the DOM because fragments are not rendered to the DOM. So basically we use React.Fragment where we would normally use a wrapper div.

We can make use of fragments with <React.Fragments> syntax. So we could write the Columns component as follows.

Fragments can also be declared with a short syntax which looks like an empty tag. Here is an example.

Most common use case for React fragments is probably when you need to return multiple elements. With fragments this is easy and you don't need your typical wrapper div for the elements.

React fragments can also be used when conditionally rendering elements. They make rendering groups of elements a lot easier without adding extra markup.

Should I use fragments?

So are fragments worth using instead of say a wrapper div?

So the fact that fragments eliminate the wrapper div which can cause problems with invalid HTML and with styling of the components plus the fact that they are faster and the DOM is less cluttered, I'd say they are worth using.

What do you think about React fragments and are you using them in your own projects? Please leave a comment below, I would love to hear from you!

Also remember to subscribe to CodePulse newsletter, to stay tuned on the latest news and posts about modern web development. I also share exclusive tips and tricks for the newsletter subscribers!